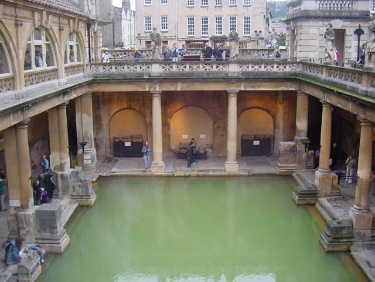 We’ve come to rely on our hot water heating system so much in the modern home. Human beings have always strived to find ways to keep warming the home and we have managed to create a system through central heating that proves to be pretty successful. Was this always the case? What did we use before that and how did we get to central heating. Its certainly a worry when it goes but boiler repair Gloucester or anywhere else in the world for that matter can be dealt with by knowing a decent service is just a click away such as the good people at http://www.hprservicesltd.com/gloucester-boilers/boiler-repair-gloucester/ . Can we trace the history of the boiler? How far do we go?

We’ve always known that warm water has healing powers or at least can be recuperative. In fact, its claimed that Prince Bladud in 863 BC had his leprosy cured by some hot baths he found. So, by the time the Romans turned up one hundred and eighty years later and dedicated the site to their God Minerva as the place was obviously blessed, the tradition of warm water and its benefits were well established. The city of Bath or Aquae Sulis as the Romans called it grew out of the popularity of the waters. If you were rich enough you could have one installed into your Villa. We can see many examples in the world of Roman Britain where the use of heated water has been a bit of priority for the owners wanting not only to show off but also to take advantage of the comfort it brings. The idea of warm water and its benefits didn’t go away over the centuries but there just wasn’t the technical know how or the will to get them installed into homes.

In fact, it wasn’t until 1868 that the painter and inventor Benjamin Waddy Maughan came up with a novel idea that was inspired by Geysers he’d read about in Iceland. The system was pretty simple but effective. Cold water would pass over hot wires that were heated by natural gas. It was the first time a solid fuel source wasn’t needed. The water then flowed into the sink or bath. Although we don’t have much knowledge of Maughans idea we do know more about Edwin Ruud’s invention in 1889 and he was very influenced by Maughans invention. Still going on today the Ruud Manufacturing company became the name for water heating system both for the home and for large businesses.

Ruuds design opened up the flood gates soon there were a huge number of designs being patented for people to have installed. There were even designs submitted that used electric options and some way ahead of the times as to feature solar powered water heaters. It’s a trend that we are looking to try and utilise again today in our attempts to become more green in our energy use.